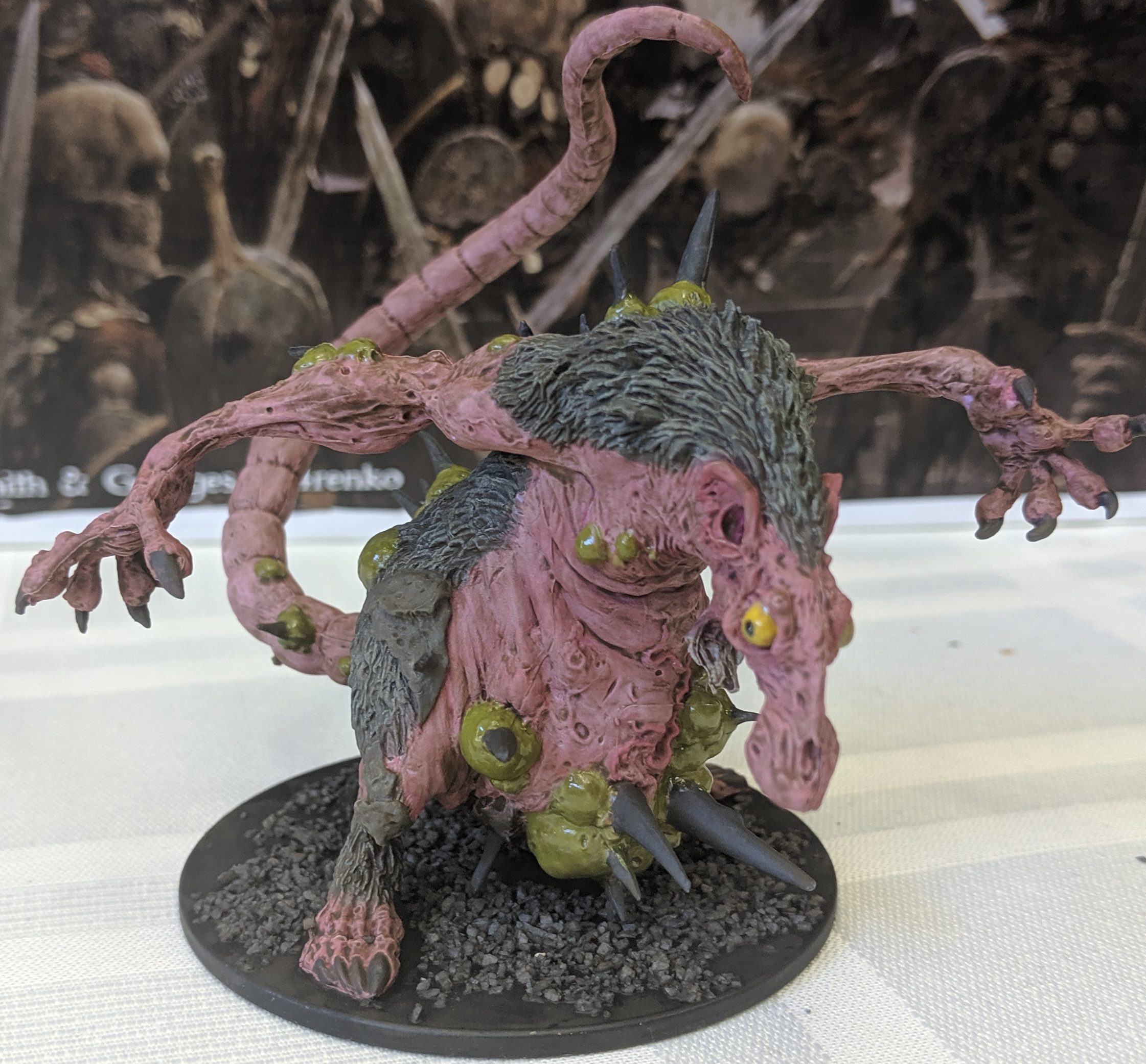 Trick or Treat – a quest in progress

So I’m working on a new quest with 12 players for Halloween. It is pretty ambitious, with two teams on different maps that work independently. Otherwise I think there would be too much downtime. The quest will use components from all sorts of games (tiles from Massive Darkness, minis from Conan), as well as a bunch of Zombicide Black Plague expansions.

The concept is to protect townsfolk whose town is overrun while the children are in the streets trick or treeting. Of course, our heroes have to protect them. Meanwhile, in the sewers beneath the city, the rat king and his minions, along with the abominarat, are trying to claw their way to the surface.

And here are the poor villagers: 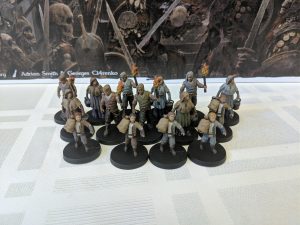 Here’s my initial prototype of the map. 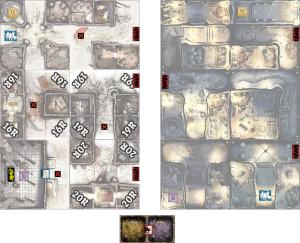 I finished the initial playtesting and it went well. There were a lot of minor tweaks, but overall it was a blast. Run time was a little long, but I was playing all 12 characters and helping my wife decorate, so I don’t think that will be a good gauge of actual playtime. Possibly the most important element to balance this game is designing the zombie deck, especially since I am splitting the core zombies across two separate boards. Therefore, when I post this I will list out the exact cards

Here are some more pics! 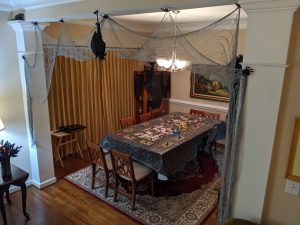 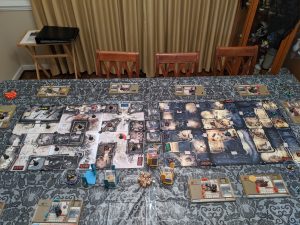 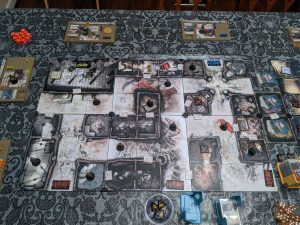 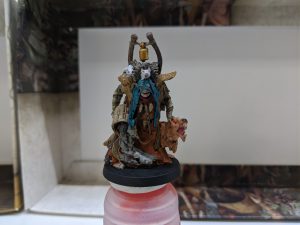 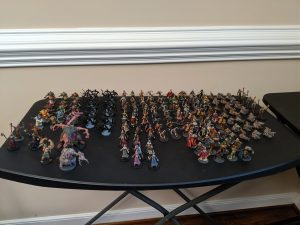 When I finish the scenario, I will post it here. In the meantime, if you have questions or thoughts about my idea, leave a comment and let me know what you think!