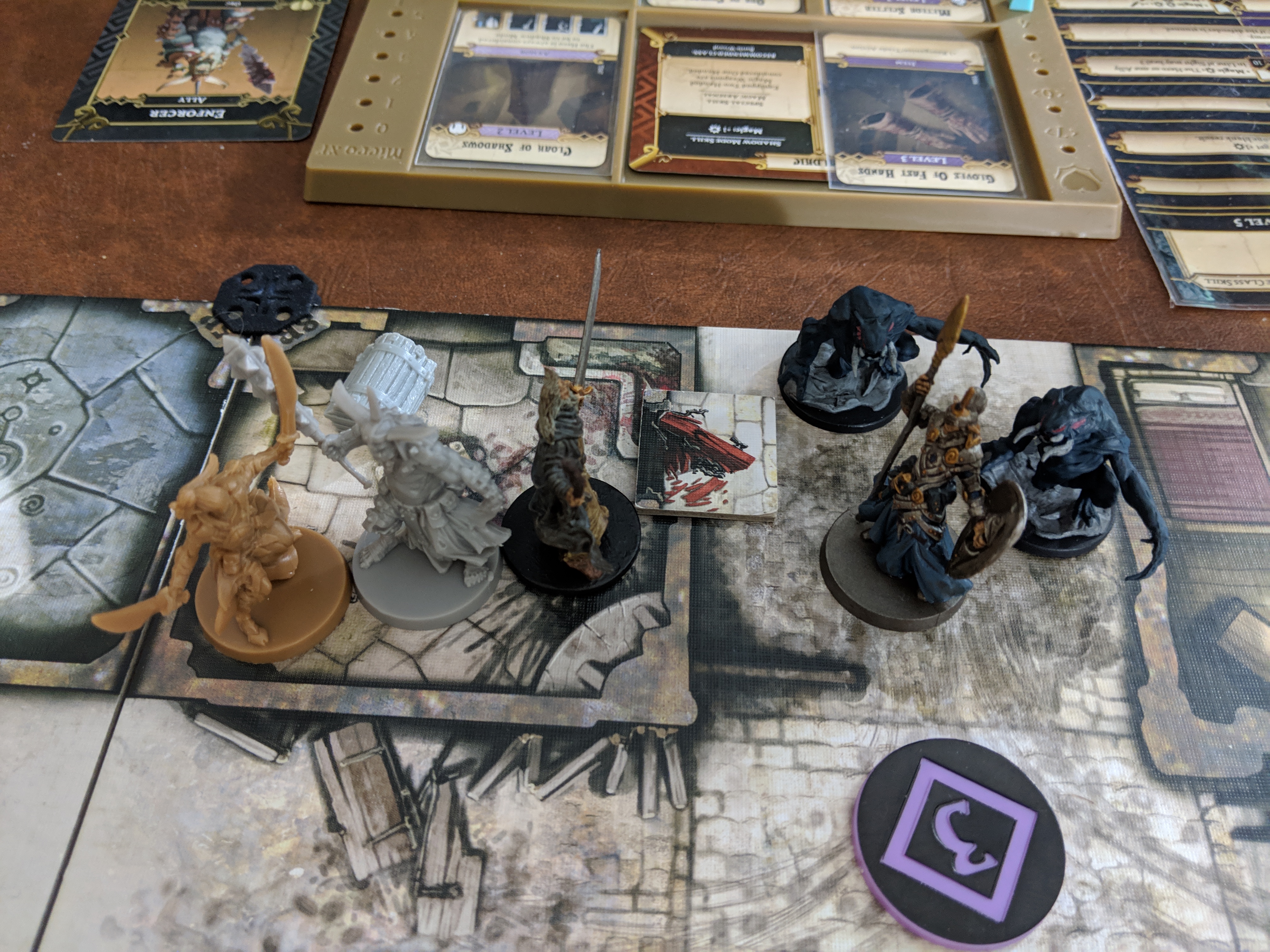 This is my second playtest of quest 1. This time, a couple of friends played with me, and overall they enjoyed the new rules better than out of the box Massive Darkness. The game still takes too long, though. After about 7 1/2 hours, we decided so quit. My goal is a 4 hour quest. To that end, I am going to change the rules to require 3 clues instead of 5 AND remove a tile. To add some excitement to the end game, I will add a spawn point that begins spitting out guards every round once King Tusk is rescued (Gold quest only).

There are some other changes I will implement:

In the meantime, here’s some picture from the second playtest: 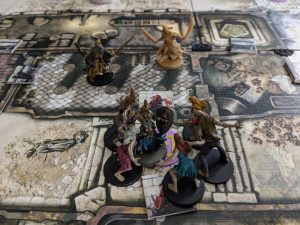 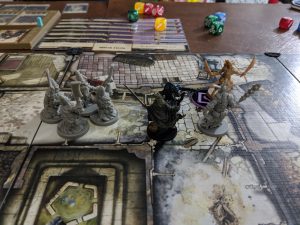 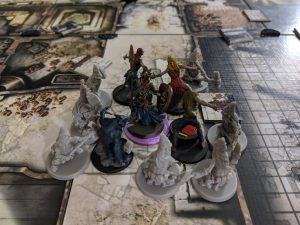 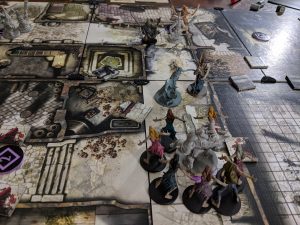 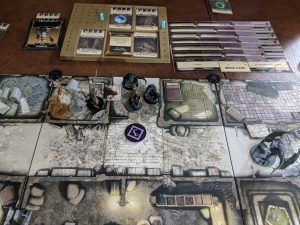 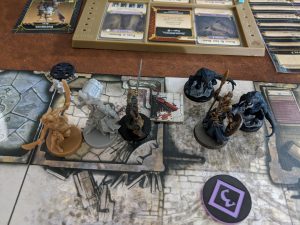